Spotlight For Coolant by Kenneth Brown 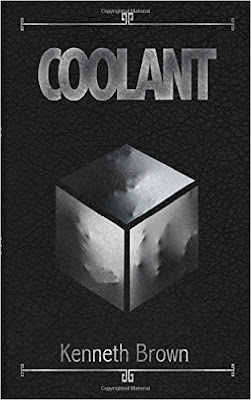 Reeling from the recent struggles in his professional and family life, Ian Marshall attempts to bring things around. He has a new job, new home, and an outlook for a better future. But after discovering a box filled with the belongings of a stranger, Ian’s world begins to spiral out of control. Nightmares and reality collide into a twisted amalgam that threatens to encompass Ian.  Before long all that’s left for him is the strange project he is determined to complete, no matter the cost. 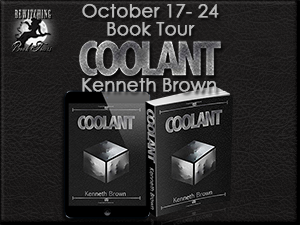 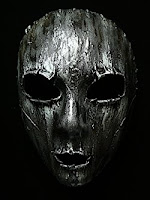 Kenneth Brown was born in the Philippines and somehow arrived to the backwoods of Kentucky riding atop of a three-legged burro. From there Kenneth was in and out of chicken coops and barn houses until being snatched up by local pest control workers who had mistaken him for the Pope Lick Goat Monster. Kenneth learned to read and write, and not to bite the other children, before making a grand escape from the local psychiatric ward, even though he checked himself in. His writing wavers between the macabre and disturbing, when it is legible and not written in crayon. At this time, Kenneth's biggest achievement is remaining in the neighboring farm house for three weeks without being noticed. He dreams of bringing steam powered monstrosities to life and wearing ridiculously long top hats and brass goggles. In his spare time, Kenneth enjoys writing, Brazilian Jiu Jitsu, cock fighting, and staring at the summer camp across the lake while wearing a hockey mask. The burro is still hanging in there.