“Soon all her human fears would become meaningless. Her future had been written by the kami, and her destiny awaited her.”

In the enchanting new fantasy RED WINTER by Annette Marie, Emi Kimura has been preparing her entire life to become the mortal host of a goddess. When she discovers the lies surrounding her true fate, she makes a dangerous bargain with a fox spirit to seek out the truth. As her final days as a mortal approach, she must choose whether to bow to duty ... or fight for her life. 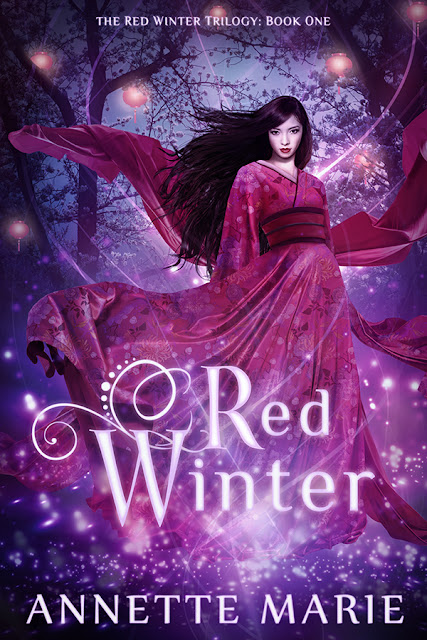 FTC Disclosure: ARC provided by the publisher via Netgalley

Emi is the kamigakari. In a few short months, her life as a mortal will end and her new existence as the human host of a goddess will begin. Carefully hidden from those who would destroy her, she has prepared her mind, body, and soul to unite with the goddess—and not once has she doubted her chosen fate.Shiro is a yokai, a spirit of the earth, an enemy of the goddess Emi will soon host. Mystery shrouds his every move and his ruby eyes shine with cunning she can’t match and dares not trust. But she saved his life, and until his debt is paid, he is hers to command—whether she wants him or not.On the day they meet, everything Emi believes comes undone, swept away like snow upon the winter wind. For the first time, she wants to change her fate—but how can she erase a destiny already wrought in stone? Against the power of the gods, Shiro is her only hope … and hope is all she has left.

The beautiful cover of this book was what had me originally wanting to review it and I'm so glad it captured my attention. I especially loved that the author explained the Japanese words and myths. It made for a much more enjoyable read. This is the first book I've read by this author and definitely not the last. This book has magic, romance, and a lot of action.  Though it started out a bit slow once it got moving, I was unable to put it down till I'd read it all.
Emi is a strong, single-minded character that while being a bit naive was still very fascinating. I can't wait to see what Marie does with the next two books.


Celebrate the Release of RED WINTER with a Giveaway!
Grand Prize: 1 Winner will Receive a $25 Amazon Gift Card
Runner-Ups: 3 Winners will Each Receive one $10 Amazon Gift Card Each
: a Rafflecopter giveaway

Annette Marie is the author of the Amazon best-selling YA urban fantasy series Steel & Stone, which 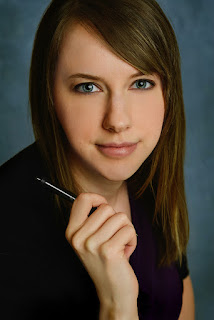 includes the 2015 Goodreads Choice Award nominee Yield the Night. Her first love is fantasy, a limitless realm of creativity where she can break all the boring rules of real life, but fast-paced urban fantasy, bold heroines, and tantalizing forbidden romances are her guilty pleasures. She proudly admits she has a thing for dragons, and her editor has politely inquired as to whether she intends to include them in every book.Annette lives in the frozen winter wasteland of northern Alberta, Canada (okay, it’s not quite that bad). She shares her life with her remarkably patient, comparatively sensible husband and their furry minion of darkness—sorry, cat—Caesar. When not writing, she can be found elbow-deep in one art project or another while blissfully ignoring all adult responsibilities.​Find Annette Marie: Website | Facebook | Twitter | Amazon | Goodreads