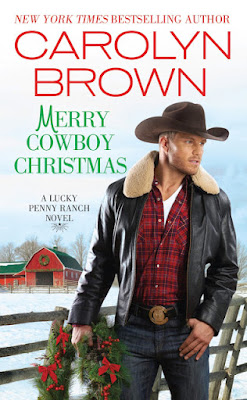 'Tis the night before Christmas and all through the house is the presence of one wickedly hot cowboy who's come to stay for the holiday. Fiona Logan is downright shocked to return to her childhood home and find that the tall blond stranger who came to her rescue on an icy road will be sleeping just across the hall from her bedroom. Talk about temptation…

Jud Dawson never believed the Lucky Penny Ranch would live up to its name until now. Fiona is gorgeous, smart, funny, and everything he thought he'd never find. Now all he has to do is convince her to stick around town instead of hightailing it back to Houston. But with wild weather, nosy neighbors, and a new baby in the family, getting her to admit that she's falling in love might just take a Christmas miracle.

"Jud with his slow, Texas drawl is one sexy cowboy who will have readers falling in love with him. His romantic connection with Fiona sizzles. Brown's modern storytelling and fun-filled plot will engage readers and wrap them up in this sweet, Southern holiday romance."
–RT Book Reviews


It is unbelievable to me that Carolyn Brown has only been writing books for 19 years. Of the 80 books she has already published, I've read almost all. Brown's ability to have me exploding with laughter is only overshadowed by her ability to have me in tears at so many tender moments. She is able to draw you into the life of the characters and will have you rooting for the couple very quickly. I especially love her ability to portray senior citizens. She writes some of the feistiest seniors and though they are secondary only, they are totally fleshed out. I would love to see her do a novel where the two main characters were seniors having a second chance at love.
I always look forward to the release of a new Carolyn Brown novel as I know we'll be introduced to another awesome couple and get to watch them falling in love while one or both are kicking and screaming to stay single.
Fiona and Jud were an awesome couple. Jud was ready for marriage while Fiona was damn sure she neither belonged in a small town or with a cowboy. I love that this story takes place at Christmas and especially loved seeing Fiona's family Christmas traditions. As always Brown's small town setting feels so similar to my own. We too were a dry county until only recently and with a mostly Southern Baptist community, many people had to store their beer in an ice chest rather than their frig so as not to offend older family members.  Simply said, this is another super read by Carolyn Brown and the only thing that makes it bearable to finish is knowing that she'll have another one waiting to be read in a few months. Thank goodness she is such a prolific writer and has many more HEAs to reward her readers with. 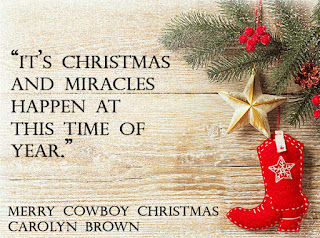 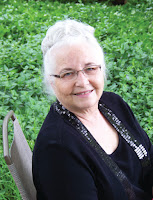 New York Times and USA Today bestselling romance author and RITA® Finalist, Carolyn Brown, has published more than seventy-five books. She presently writes both women's fiction and cowboy romance. She has also written historical single title, historical series, contemporary single title and contemporary series. She lives in southern Oklahoma with her husband, a former English teacher, who is not allowed to read her books until they are published. They have three children and enough grandchildren to keep them young.

Posted by Lisa Richards/alterlisa at 3:03 AM