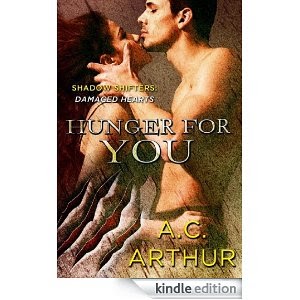 Shadow Shifters: Damaged Hearts—a deeply emotional, unforgettable New Adult paranormal romance series by A.C. Arthur about the men who are sworn to protect the females—human or otherwise—from the savage fury of his own nature…
Taken in by a shifter family after his parents’ tragic deaths, Caleb Ramsey was thrust into a world of training and loyalty, when his half-breed status should have sentenced him to death. Desperate to escape a family that he can never truly belong to, Caleb leaves at nineteen to find his place outside the Shifter warrior world. The beautiful girl in the bar was not a part of his plan. Neither was finding out more about the boyfriend she claims to have. He should have walked away, should have continued on his own path. But when Caleb realizes the danger Zoe is in, all of his warrior urges come roaring to life…
Zoe Fallon has always been a romantic idealist. Losing herself in romance novels as a way to escape an abusive past, she is now finally free to go out and find her own Prince Charming. So when a gorgeous man literally sweeps her off her feet, she wonders if she may have found the guy of her dreams. But things aren’t always what they seem. The brooding customer who seems to show up each time she’s in need is an enigma, and yet she’s drawn to him in a way she’s never experienced before. But he has his own secrets, and Zoe has to ask herself—if Caleb is truly her happily ever after, in Hunger for You by A.C. Arthur. 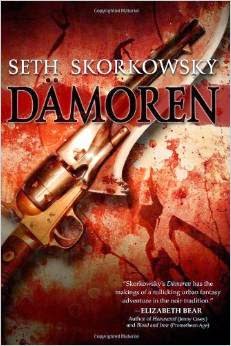 Fourteen years ago a pack of wendigos killed Matt Hollis’ family and damned his soul. Now, Matt is a demon hunter armed with a holy revolver named Dämoren. After a violent series of murders leaves only fifty holy weapons in the world, Matt is recruited by the Valducans, an ancient order of demon hunters. Many of the knights do not trust him because he is possessed. When sabotage and assassinations begin, the Valducans know there is a spy in their ranks, and Matt becomes the core of their suspicions. Desperate to prove himself, and to protect Dämoren, Matt fights to gain their trust and discover the nature of the entity residing within him.

Read more »
Posted by Lisa Richards/alterlisa at 4:55 PM No comments: 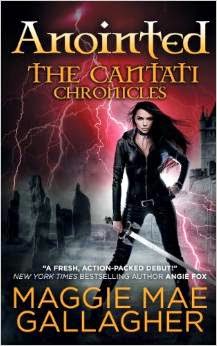 My name is Alana Devereaux. I enjoy the simple things in life, walks in the park, sky gazing, and ripping a demon's heart out through its chest. I am a demon slayer, the last of my kind, and I have been sent back through time to save your world. How am I doing so far? My time travel went haywire, all the signs I needed to stop the prophecy have passed, and the only way I can save my world is by keeping yours from ending. Then there's Gaelen, most days I want to deck him. He hides his true motives and if it was not for the intel he had, I would be rid of him. Any day in my life without a demon attack is a good day; I haven't had a whole lot of those lately. The only problem is, if I don’t stop the Mutari, this world will burn.

Read more »
Posted by Lisa Richards/alterlisa at 1:25 PM No comments: