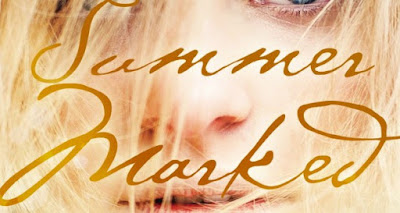 “Fresh off a break-up with her boyfriend, Kadie’s glad to be home from college for Thanksgiving. All she needs is a rebound guy, a box of chocolates, and some girl time with her best friend, Salome. Problem is, Salome isn’t returning her calls, and her family won’t say where she is. Feeling sorry for herself, Kadie ends up at Club Blade, a place filled with pumping music, dangerous guys, and promises of a good time. However, when midnight strikes, Kadie’s fun turns into a nightmare as she’s ripped from the human world into Faerie by a vengeful Winter Prince named Etienne. For the first time in her life, she realizes the monsters Salome always spoke of are real, and they’ll stop at nothing to destroy her friend.
Salome thought the winter curse was behind her. But winter has left its mark. Not just on her, but on the whole summer court. The Kingdom of Summer is falling apart, and Nevin is hanging onto his throne by a thread. With war on his doorstep, he has no choice but to send Gareth into enemy territory, which means Salome will be left alone–vulnerable in a world she doesn’t understand. A place where beauty is deadly and humans are pawns in the macabre games the Fae play. Both Kadie and Salome will have to call on all their strength to survive in a world where humans aren’t meant to be. With death and enemies all around them, it’ll be a miracle if they can survive.” 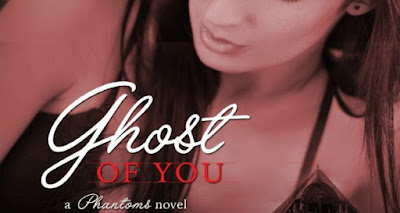 “The safest place is with the guy she doesn’t trust…
It’s no secret amongst the Phantoms crew that lead investigator Sammy Hanesworth pretty much hates psychologist Cain McClutchen. The tension between them is taut with dislike…and unexpected attraction. Cain knows full well that something about him rubs Sammy the wrong way. But now they’re on a terrifying case-with orders from the network to get along or else.
Filled with past horrors, the Nebraskan site is more than creepy. And Sammy knows it all too well. It’s her hometown and near the place where her mother was killed. As the sinister presence makes itself known, Sammy finds herself turning to the last person she ever expected-Cain. Even as darkness surrounds them, tensions gives way to something bright and unexpectedly intimate. But nothing will prepare them for the evil they are about to face…”

Buy a Kindle copy of Ghost of You from Amazon by clicking here. – ONLY .99 cents!
Books in the Phantoms trilogy in the order they should be read:Ghost of a PromiseGive Up the GhostGhost of You
CONTEST INFO: Open to readers worldwide.Prize: $25.00 Amazon Gift Card
Read more »
Posted by Lisa Richards/alterlisa at 11:46 PM No comments: