A wounded hunter’s obsession with a damaged vampire...Six months ago, vampire hunter and inventive genius István nearly died in the seminal battle that would change the relationship between humans and vampires forever.A year before that, he first encountered sexy vampiress, Angyalka, owner of the Angel Club, favored haunt of the undead. István won that round, but when he recklessly seeks her out again in search of the secret of angels, he's alone and so exhausted he can barely stand, let alone fight vampires. Plus Angyalka's out for revenge, and very happy to use his powerful sexual attraction to her…But Angyalka has her own secret weaknesses - whoever heard of an agoraphobic vampire? - as well as terrifying strengths even she doesn't understand. Their battle becomes one of wits and sex, but when someone bombs the club, they fight together to contain all the threats closing in on the Angel, from humans and vampires, including the sadistic killer who could just be dangerous enough to finally topple undead overlord Saloman.As István struggles to harness the mysterious power of angels, Angyalka needs a deeper strength to send away the fascinating hunter who delivers on all her deepest sensual desires and yet can't come to terms with her vampire nature.About the Author:Marie Treanor lives in Scotland with her eccentric husband and three much-too-smart children. Having grown bored with city life, she resides these days in a picturesque village by the sea where she is lucky enough to enjoy herself avoiding housework and writing sensual stories of paranormal romance and fantasy. Marie has published more than twenty ebooks with small presses, (Samhain Publishing, Ellora’s Cave, Changeling Press and The Wild Rose Press), including a former Kindle bestseller, Killing Joe. Blood on Silk: an Awakened by Blood novel, was her New York debut with NAL.
Posted by Lisa Richards/alterlisa at 11:18 PM No comments:

Posted by Lisa Richards/alterlisa at 8:43 PM No comments:

Posted by Lisa Richards/alterlisa at 6:29 PM No comments: 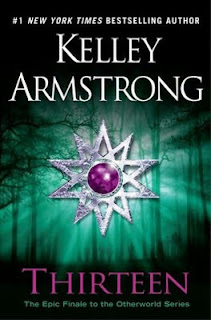 
It's been more than ten years, a dozen installments, and hundreds of thousands of copies since Kelley Armstrong introduced readers to the all-too-real denizens of the Otherworld: witches, werewolves, necromancers, vampires, and half-demons, among others. And it's all been leading to Thirteen, the final installment, the novel that brings all of these stories to a stunning conclusion.A war is brewing - the first battle has been waged and Savannah Levine is left standing, albeit battered and bruised. She has rescued her half brother from supernatural medical testing, but he's fighting to stay alive. The Supernatural Liberation Movement took him hostage, and they have a maniacal plan to expose the supernatural world to the unknowing.Savannah has called upon her inner energy to summon spells with frightening strength, a strength she never knew she had, as she fights to keep her world from shattering. But it's more than a matter of supernaturals against one another - both heaven and hell have entered the war; hellhounds, genetically modified werewolves, and all forces of good and evil have joined the fray.Uniting Savannah with Adam, Paige, Lucas, Jaime, Hope, and other lost-but-notforgotten characters in one epic battle, Thirteen is a grand, crowd-pleasing closer for Armstrong's legions of fans. 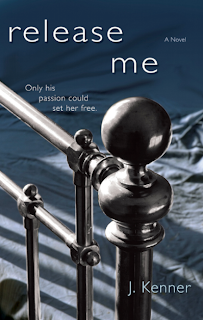 "I can't think of a better way to start a new year than to download this book and curl up with it." Sinfully Sexy Books

read an excerpt or learn more!
Posted by Lisa Richards/alterlisa at 2:16 PM No comments:

Posted by Lisa Richards/alterlisa at 3:06 PM No comments:

Posted by Lisa Richards/alterlisa at 12:01 AM No comments:

Posted by Lisa Richards/alterlisa at 2:04 PM No comments: