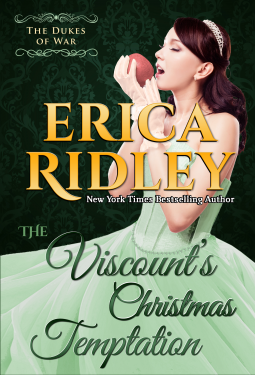 Certain individuals might consider Lady Amelia Pembroke a managing sort of female, but truly, most people would be lost without her help. Why, the latest on-dit is that rakish Viscount Sheffield is canceling the fete of the year because he hasn't time for silly soirees. He doesn't need time—he needs her!
When a flash of lightning destroys the venue for his family's annual Christmas ball, Lord Benedict Sheffield intends to enjoy a relaxing holiday for once. But after twelve days of beguiling Lady Amelia's guerrilla tactics, he's up to his cravat with tinsel... and tumbling head over heels in love.
Free Here on Amazon
Also free on Kobo & B&N
A really sweet and funny read! Gotta admit, I didn't expect much after looking at the sad little cover. Glad I was wrong, or I'd have missed out on Amelia and Benedict's romance.  An excellent novella that will have you laughing at the two main characters trying to manipulate each other while discovering each other.

The Dukes of War historical romance books in series order: 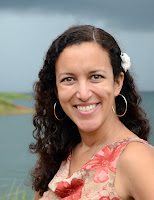 Erica Ridley is a USA Today best-selling author
of historical romance novels. Her latest series, The Dukes of War, features charming
peers and dashing war heroes who return from battle only
to be thrust into the splendor and madness of Regency England. When not reading or writing romances, Erica can be found
riding camels in Africa, zip-lining through rainforests in
Costa Rica, or getting hopelessly lost in the middle of Budapest.

Posted by Lisa Richards/alterlisa at 12:00 AM