The first book in a new series from Rachel Van Dyken about a straight-laced billionaire who's forced to spend three weeks alone with a working-class housekeeper, who happens to be the most fascinating creature he has ever met. 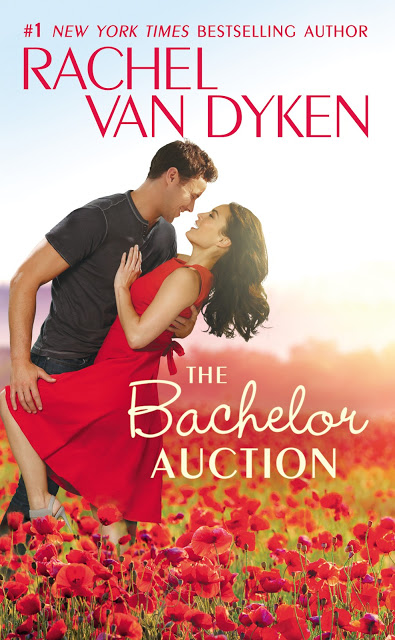 
Cinderella never had to deal with this crap.

Jane isn't entirely sure that Cinderella got such a raw deal. Sure, she had a rough start, but didn't she eventually land a prince and a happily-ever-after? Meanwhile, Jane is busy waiting on her demanding, entitled sisters, running her cleaning business, and . . . yep, not a prince in sight. Until a party and a broken shoe incident leave Jane wondering if princes---or at least, a certain deliciously hunky billionaire---maybe do exist.
Except Brock Wellington isn't anyone's dream guy. Hell, a prince would never agree to be auctioned off in marriage to the highest bidder. Or act like an arrogant jerk---even if it was just a façade. Now, as Brock is waiting for the auction chopping block, he figures it's karmic retribution that he's tempted by a sexy, sassy woman he can't have. But while they can't have a fairy-tale ending, maybe they can indulge in a little bit of fantasy . . .

Nothing I like better than a romantic retelling of my fav fairy tale-Cinderella.  I usually don't like the insta-love but with Brock and Jane it so worked. Both characters had me laughing most of the book. Brock's twin brothers, Brant & Brent, were equally amusing though there is definitely a sad underlying story in Brant's past. I can't wait to read the twin's stories. At first, I was afraid the twins were going to be paired up with Jane's evil grasping sisters, but I think they are safe from their clutches.
I've gotta admit, I wasn't real fond of Brock or Jane in the beginning as both were pretty much doormats for their family. I'd have slapped the crap out of a couple of sisters and moved on. Because of family issues, both Brock and Jane, pretty much did not have lives of their own so it was satisfying and hilariously funny to see them fall in love amongst the farm animals at Brock's family ranch.
If you want a sweet, funny, quick read romance be sure and pick up this first book in the Bachelors of Arizona, you are gonna love it.


Still have 5 days to enter a giveaway for a chance at 10 eBook editions of THE BACHELOR AUCTION here.
Posted by Lisa Richards/alterlisa at 1:51 PM