HELLO friends old and new (waves to new Dirty Dozen Book Club subscribers!)! I've got SO MUCH to offer you today!
Thanks for reading! 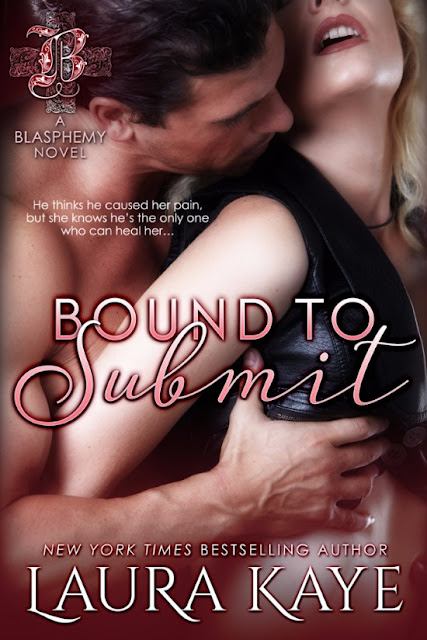 BOUND TO SUBMITIS NOW AVAILABLEIN EBOOK AND PAPERBACK!From the ruins of an abandoned church comes Baltimore’s hottest and most exclusive play club. Twelve Masters. Infinite fantasies. Welcome to Blasphemy…
He thinks he caused her pain, but she knows he’s the only one who can heal her…
Kenna Sloane lost her career and her arm in the Marines, and now she feels like she’s losing herself. Submission is the only thing that ever freed her from pain and made her feel secure, and Kenna needs to serve again. Bad. The only problem is the Dom she wants once refused her submission and broke her heart, but, scarred on the inside and out, she’s not looking for love this time. She’s not even sure she’s capable.
Griffin Hudson is haunted by the mistakes that cost him the only woman he ever loved. Now she’s back at his BDSM club, Blasphemy, and more beautiful than ever, and she’s asking for his help with the pain he knows he caused. Even though he’s scared to hurt her again, he can’t refuse her, because he’d give anything to earn a second chance. And this time, he’ll hold on forever.
Next up: MASTERING HER SENSESAdd to your Goodreads!COMING SPRING 2017
AMAZON 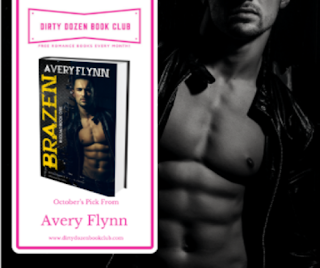 HAVE YOU JOINED THE
DIRTY DOZEN BOOK CLUB?

Do it and get 15 FREE BOOKS
Starting with BRAZEN by Avery Flynn!
And look for a free book from me - coming soon!
Here’s a little bit more about the club's October pick, Brazenby Avery Flynn:

Falling in love is the easy part, staying together…now that’s the biggest challenge of all.

Everything is finally working out for Bianca Sutherland and Taz Hazard. They’re in love and running B-Squad Security and Investigations. They’ve planned the perfect operation to take down the dangerous drug kingpin who’s kidnapped one of Bianca’s best friends. Then Taz’s wife—who was supposed to be his ex-wife—shows up on the eve of the big rescue mission and threatens to blow up his and Bianca’s happily ever after.

The last thing Bianca wants after the revelation that Taz might still be married is to have to spend time with her former live-in boyfriend who never told her he’d ever been married in the first place. But it’s too late to change plans. To save her friend, she has to swallow her hurt and go undercover with Taz as a newlywed couple at an exclusive resort. The only thing Taz wants is Bianca and he’s willing to do whatever it takes to win her back. But when it’s his life on the line, will it be too late for him to show her that his past is over and she’s the only woman for his future…
Amazon  Barnes & Noble  iBooks  Kobo
Posted by Lisa Richards/alterlisa at 2:35 PM