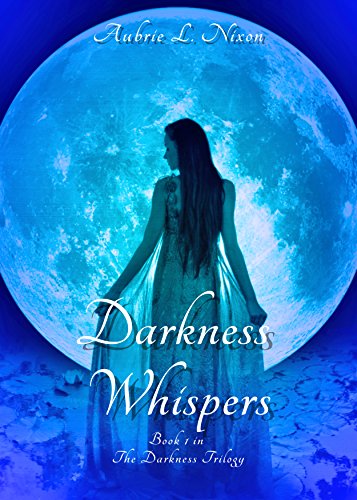 After witnessing something dark and
strange on a routine mission, Sephera Travelle--
a nineteen-year-old assassin with a
weakness for braided cinnamon bread and an affinity
for murder--is thrust on a seemingly impossible
quest to save her world.
Teaming up with her best friend Zadkiel and three
warriors with flexible morals, she starts her
journey on a search for a woman called “The First.”
As a 500-year old cycle is about to start anew,
creatures from the Dark Realm have begun
to invade, bringing with them a dark and
deadly plague. Sephera realizes that there
may be more to this mission than simply finding
“The First.” She comes to realize that everyone
in her life may not be quite what they seem,
as more about the curse
that separated their realms is revealed. She soon
discovers the Dark Realm might not be so evil after all,
and perhaps it is her realm that is filled with Darkness.
She holds the lit match and must choose whether to
resurrect the world, or help it burn. 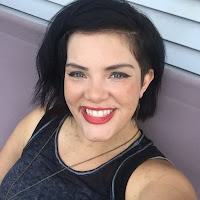 Aubrie plays mom to a cutest demon topside.
She is married to the hottest man in
the Air Force. When she isn’t writing she is daydreaming hot brooding anti-heroes
and sassy heroines. She loves
Dragon Age, Game of Thrones and
reading all things fantasy. She runs a
local YA/NA bookclub with 3 chapters,
and over 200 members.
Her favorite thing to do is eat, and her thighs thank
her graciously for it. If she could have dinner with
anyone living or dead it would be Alan Rickman
because his voice is the sexiest sound on earth.
He could read the dictionary and she would be enthralled.
Her current mission in life is to collect creepy taxidermy
animals because she finds them cute and hilarious.
She resides just outside of Washington DC.
https://aubriewrites.com/
https://www.facebook.com/AuthorAubrieLNixon
https://twitter.com/aubriewrites
https://www.goodreads.com/author/show/15946495.Aubrie_L_Nixon
Tour giveaway
15 sets of bookmarks, character cards and bookplates 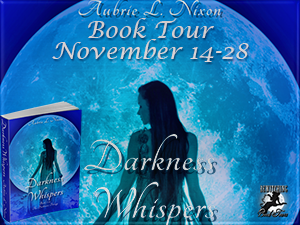 Thank you so much for the spotlight :) I really appreciate it! I hope you enjoyed Darkness Whispers! I would love to hear what you think!
-Aubrie Nixon