Blog Tour & Giveaway For SURRENDER OF TRUST by Mariel Grey

Book Title: Surrender of Trust
Author: Mariel Grey
Genre: Historical Romance (Regency/Clean)
Release Date: April 2013
Hosted by: Book Enthusiast Promotions
Lucy Goodwin knows more about horse breeding than a proper young lady should. Her brother’s thoroughbred business has given her purpose and independence, but when an accident leaves her solely in charge, despair and destruction threaten her every move. Trapped in an impossible position, Lucy must do the right thing and watch their dreams crumble, or save their livelihood at a cost too great to bear.
Lord Philip Lyton, Marquess of Chalifour is a member of the prestigious Jockey Club, dedicated to eliminating cheating in horse racing. Trouble raises its ugly head when his business partner falls foul of an accident and he’s suddenly forced to deal with the man’s sister, who seems alarmingly out of her depth.
Chalifour respects Lucy’s steely resolve, but knows that single-mindedness can be the most dangerous trait of all. She might be beautiful and beguiling, but Lucy Goodwin is keeping secrets and Chalifour is determined to find out what they are.

His thoughts deviated once again to Lucy. The image of her mouth made him shift in his seat. He had the curious sense she had been simultaneously annoyed with him, and yet grateful to him. Why she would feel either of these emotions was beyond him.
Women, for all the many pleasures they could provide, were frequently an enigma. Except for his occasional mistresses, he just could not make out the internal workings of their minds. In his view, the Cythereans were the only women who were generally straightforward. They provided pleasure to him, and in return, he provided lavish gifts and money to them. 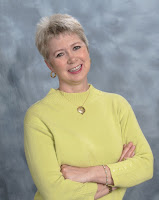 From the moment she could put pen to paper, Mariel Grey knew she wanted to be a writer. Like all good adventures however, it didn’t happen overnight; it was after several decades of working in litigation that the desire to create dramatic worlds and characters became too great to ignore. Her first foray into historical romance, Surrender of Trust, explored the grime and glamour of regency horse racing, following the determined but impoverished Lucy Goodwin and upright Lord Chalifour. Her second novel, A Gentleman’s Surrender, introduced the innocent Lady Monique and tortured Mr. Stanton, both struggling to find love in a world filled with deceit.
Though entirely at home in the ballrooms and street alleys of London past, Mariel Grey is currently working on a contemporary story set in Florida, a landscape dear to the author’s heart. When she isn’t conjuring words on her computer screen, Grey can be found on the water fishing, snorkeling, and enjoying the incredible natural beauty of her home.
Mariel has a wonderful husband (the hero of her own romantic story) as well as two mischievous rescue kittens (who are quite happy to play the role of villains). In addition to being a dutiful wife and animal wrangler, Mariel is a member of the Romance Writers of America and affiliated chapter of the Ancient City Romance Authors.