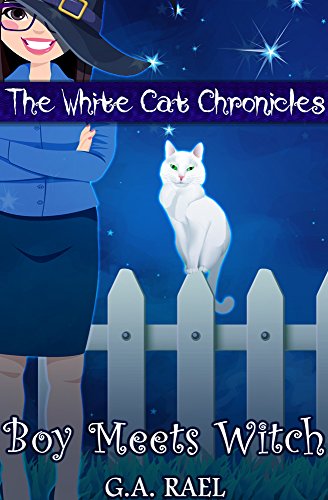 “Are you an angel?" Harper asked, pleading internally
for the answer to be no.
The tall, white-haired man gave a low
chuckle. "Not quite. What I am isn't
nearly as important as who you are--
and what I can do for you."
Harper Adams is a witch on the run--from her
past as a faith healer turned
accidental arsonist, and from the power she's
kept locked away her whole life. She
thinks she's finally found a place she can settle
down and call home in the
picturesque town of Cold Creek, Vermont, but a
mysterious white cat who may or
may not be bent on taking the curvaceous witch's
soul has other plans. Harper's compassion
soon gets the best of her and earns her an unwanted
reputation as the town miracle worker as well
as the ire of sexy veterinarian and militant atheist,
Darren St. Clair. Cold Creek's residents have a few supernatural
secrets of their own, and Harper will have to face
the destiny that led her to the last
place a witch in hiding needs to be--that is,
if Darren doesn't have her chased out of
town with a pitchfork-wielding mob before she gets the chance.
Free Nov 17-21 Amazon

Without a word, the strange man stepped closer.
His silken hair was too perfectly white to
be a natural color, yet there wasn't a trace of
darkness at his roots. On closer inspection,
Harper was horrified to realize that his eyes
weren't just the color of a cat's but the shape,
too. She tried to tell herself they were just
theatrical contacts, but they shrunk so realistically
as he stepped underneath the light that she
began to doubt the only reasonable explanation.
"S-stay back," she stammered, finding her voice
once he was too close to dismiss as an illusion.
To her amazement, he halted in his steady approach.
"I'm not going to hurt you," he said in a surprisingly
gentle voice for someone so imposing. The contrast
was so unsettling it made her shiver. His statuesque
body and almost feminine facial features reminded
her too much of the awful weeping angel statues in her
church's graveyard. Harper had always feared them
as a child and now it seemed that one had
come to life. The intruder was even beautiful in
the same ethereal, almost grotesque way the
statues were. "After all," he continued in that melodic voice,
"you did save my life."
Harper stared at him in bewilderment. The words of
a madman rarely made sense, she
supposed. "I don't even know you."
"Maybe not, but I know you, Harper--or should I say,
Alyssa? I've been watching over you for some time."
She tried to swallow but the coffee had left her mouth dry.
"How do you know that name?"
His stone lips curved into a slight smile. "I know
everything about you. For instance, I
know your father's name is Byron Hurlow
and he's the preacher at the Rockport Trinity
Tabernacle in Little Rock, Arkansas. I know you've
been running for a little over two years now,
and I know that you fear angels more than anything
except maybe hurting the ones you love."
His cat eyes narrowed and his voice lowered to a
knowing tone as he said, "I also know about the
fire."
Harper took a step back only to trip into a stack
of boxes behind her. Before she could
save herself, the man caught her and rested his
hands on her shoulders, keeping a slight distance
between them. She marveled at the bizarre display
of propriety in the midst of such threatening
behavior, but she didn't complain. His skin was
surprisingly warm.
"Be careful," he murmured. "You always were a klutz."
He said it so casually, as if they were old friends.
"Who are you?" she asked shakily.
"How could you possibly know about the --"
"The fire?" he offered. "Like I said, I've been watching
you for a very long time."
"Are you an angel?" Harper asked, pleading internally
for the answer to be no.
The tall, white-haired man gave a low chuckle.
"Not quite. What I am isn't nearly as
important as who you are--and what I can do for you."
"You could start by putting on some clothes."

G.A. Rael is a practicing witch and
author of paranormal romance 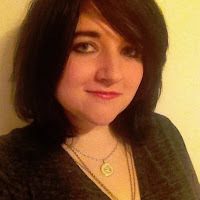 and mysteries. She's had a
lifelong love affair with all
things that go bump in
the night, and it's her firm belief
that monsters deserve their
happily-ever-afters, too.
When she isn't writing, you can find G.A. watching campy horror films with
her husband and two cats in
beautiful seaside New England. 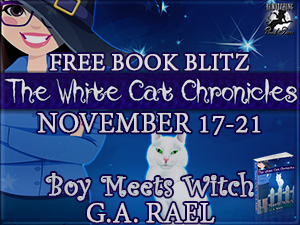