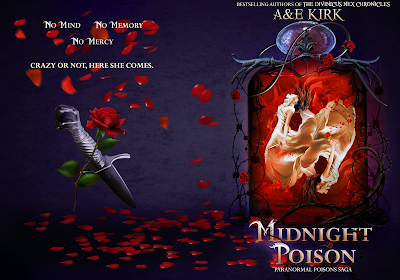 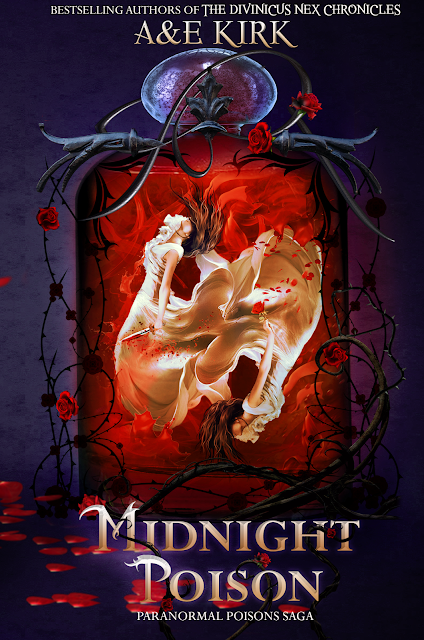 No Memory. No Mind. No Mercy.
Kiara Blackwood has a few problems.
She's older than she looks - by several
centuries. She can't remember who she is.
She doesn't know why she’s the target of Oleander,
an immortal serial killer, or why she’s
held prisoner by the undead, or where to find the
Midnight Poison, the one thing that could grant her
freedom. And best of all, her psych meds have stopped
working, because, oh yeah, she’s borderline insane.
Well, maybe not so borderline.
When Oleander’s killing spree threatens to rip the
supernatural world apart, Kiara has no choice but to
hunt him down. Forced to rely on a dashing vampire
with questionable motives, she plunges into a world of
lies, betrayal, deadly deceptions, and secrets that
could tear what’s left of her mind to shreds.  And just
because that's such a piece of cake,
while she's at it, she might as well search for the
Midnight Poison, that legendary potion
she can’t remember creating, let alone hiding.
Well...Crazy or not, here she comes.
A and E Kirk, bestselling authors of the #1 Divinicus
Nex Chronicles, have created a new
series with all the usual action, adventure, romance, and
laugh-out-loud humor fans love,
plus they’ve added a bit of dark, twisted, and dangerous.
Be brave. Try some Midnight Poison. Lethal to the last drop.
Goodreads 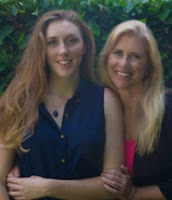 A and E Kirk are the Best Selling
Mother/Daughter writing duo of
YA Paranormal Romance
Thrillers loaded with action,
adventure, twists and turns, and
huge doses of humor. They write
about dangerous supernatural
creatures, hot guys, and sassy
heroines full of snark.
Alyssa loves animals (the family
has two dogs, a cat, and a horse),
anime, music, and action packed
movies, plays board games,
watches too much TV about
supernatural beings and starring
hot guys (preferably shirtless),
and adores carbs so forces herself to exercise.
Eileen loves much of the same stuff (other than anime, although she does enjoy
the one where the characters often say, in a highly dramatic voice, “Dammit!”),
has been happily married to the same guy for almost 30 years (prefers him
shirtless), raised (barely survived) three crazy but adorable kids, and loves to
cook (mostly things with chocolate).

Thanks for joining in on the fun! I love this cover so much, it's BEAUTIFUL! Which only makes me more excited for the book! Eeek!!!

Thanks for participating in our cover reveal!