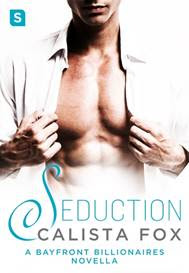 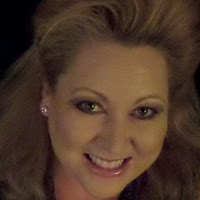 Calista is a former PR professional, now writing fast-paced, steamy books to set your pulse racing! She has won many Reviewer’s and Reader’s Choice Awards, as well as Best Book Awards. Calista has crossed the country many times over by corporate jet and travels internationally, always with her laptop in tow to capture intriguing story elements and exotic locales! She is also a member of Romance Writers of America and a Past President/Advisor of the Phoenix chapter.
Social Links: Facebook Author Blog Author Website Twitter - @calistafoxbooks 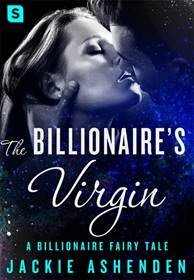 Book #1 in the intensely sexy Billionaire Fairytales by Jackie Ashenden where sometimes dark and tortured, sometimes bad boy and charming, but always dominant and sexy billionaires steal their heroines' breath away.Xavier De Santis: Charming. Disgraced. Playboy.The headlines are always shouting about the excesses of the so-called Prince Charming of the De Santis family. Problem is, Xavier is everything they say he is. But now he’s gone too far, and he has has been ordered to clean up his image. Volunteering at a homeless shelter, Xavier sees a bright light amidst all the bleakness. An angel whose luminous face and tragic beauty call to him in ways he can’t explain.Mia: Homeless. Vulnerable. Virgin.When the shelter Mia calls home closes, she is left with nowhere to go. Nowhere except the luxurious, glorious palace of a home where Xavier De Santis has invited her to stay. This too-handsome billionaire is dark, dangerous…and also too good to be true. Surely Mia can indulge in her fantasies and escape the hardness of her daily life for just one night?As one night turns into two, Mia knows that eventually, the magic will end. She can't keep the beautiful clothes. She can't keep the soft bed. And most of all, she can't keep the hard, handsome man who makes her crave his touch with every breath she takes. Mia doesn't belong in his world. But as Xavier tempts his rags-to-riches heroine with exquisite pleasure and heady desire, Mia may have no choice but to surrender to him completely.
EXCERPT
“No.” The word was breathless, her gaze meeting his, wide and dark. She looked surprised, as if she hadn’t been expecting to say it either.

Jackie Ashenden lives in Auckland, New Zealand with her husband, the inimitable Dr. Jax, and their two kids and two cats. When she’s not torturing alpha males and their stroppy heroines, she can be found drinking chocolate martinis, reading anything she can lay her hands on, posting random crap on her blog, or being forced to go mountain biking with her husband. Jackie writes dark, sexy contemporary romance for St Martin’s Press, the titles Mine To Take, Make You Mine, and You Are Mine.
Twitter: @JackieAshendenFacebook: @jackie.ashenden
BUY LINKS:

Posted by Lisa Richards/alterlisa at 4:45 AM