Blog Tour For FALLING FOR THE PLAYER by Jessica Lee 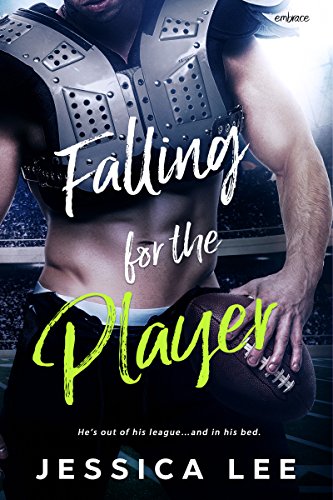 Falling for the Player
Jessica Lee
Genre: m/m contemporary new adult
Publisher: Entangled Publishing, Embrace
Date of Publication: 01/16/2017
ISBN: 9781633757981
Number of pages: 371
Bad boy and former NFL running back Patrick Guinness is tired of meaningless sex. Ever since his scorching hot one-night stand three years ago, no one has interested him. So when Max Segreti wanders into his mechanic shop—and his life again—Patrick can't stop thinking about the totally-out-of-his-league law grad and the possibility of getting him out of his system once and for all…
Max Segreti has spent his entire life doing what his father wants. But when he runs into the hotter-than-hell player he’s never been able to forget, he’s not thinking about studying for the bar. A distraction is the last thing he needs, but after an encounter leaves him wanting more, Max embraces the chaos that Patrick brings…even as he knows it can’t last. They're too different to ever have a future together.
Amazon BN   iBooks Kobo 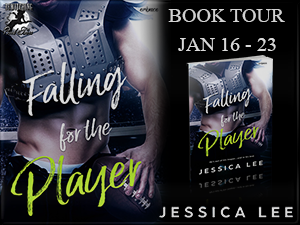 Jumping up, Patrick yanked his soaked shirt over his head.
Damn, that shit is hot!
“Oh, fuck!” Max grabbed the wet shirt and tried to soak up the remaining coffee dripping off Patrick’s skin. “God, this is my fault. I should have been more careful.” Then Max jerked his own T-shirt off and blotted Patrick’s chest with it, his expression twisted with concern. “Are you okay?”
He was fine. Not that Max would stand still and listen long enough to find out. Fuck, the guy was too adorable. Patrick was lucky the coffee had been Max’s heavily creamed version and so not hot enough to do any damage.
Patrick braced his hands on the other guy’s shoulders, trying to hold him in place, but it wasn’t working. “Max,” he called out to him.
“Do we need to get you to the ER?”
“I’m fine.”
“Shit, Patrick, I—”
Seizing one of Max’s wrists, Patrick hauled him against his chest, bringing a halt to whatever else he’d been about to say. Max looked up, his eyes wide, stunned.
“I’m okay,” Patrick whispered. He couldn’t stop drinking in the other man’s features. Strands of Max’s dark hair had fallen forward onto his forehead. The guy had the most expressive dark blue eyes, with small flecks of amber around the pupil he hadn’t noticed until now. Patrick followed the bridge of the man’s perfectly straight nose lower to where it ended above the carved V of his mouth. Outside of his looks, Max was everything Patrick never went for, smart and obviously rich, judging by the expensive car and his big-ass condo. Back home, the only way he and Max’s type would have mixed would have been when he worked on their cars. Funny how his popularity as a football star placed him, for once, on the other side of the tracks. Someone who would soon be rolling in the big bucks. The pink tip of Max’s tongue appeared, momentarily short-circuiting Patrick’s train of thought as Max licked his full lower lip.
Fuck.
Patrick wasn’t sure who moved first, but the next thing he knew, he had his fist clenched in Max’s short, thick hair and his lips sealed against Max’s. A hard shudder of pleasure raced over him, and Patrick’s cock bucked against the confines of his zipper. Max groaned, his mouth roaming every inch of Patrick’s mouth, as if he couldn’t get enough. But Patrick matched his every move, unsure who needed the contact, the pleasure, more. 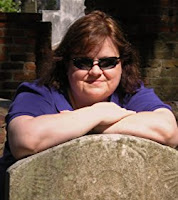 Jessica Lee is an EPIC eBook Award winner and international bestselling author of paranormal romance. She lives in the southeastern United States with her husband and son. In her former life, Jessica was a science geek and spent over twenty-five years as a nurse. But after the birth of her son, she left her medical career behind. During that transition, she discovered her passion for writing romance and has never looked back. Jessica Lee is currently published with Entangled Publishing and Resplendence Publishing. Plus she has several self-published titles available.