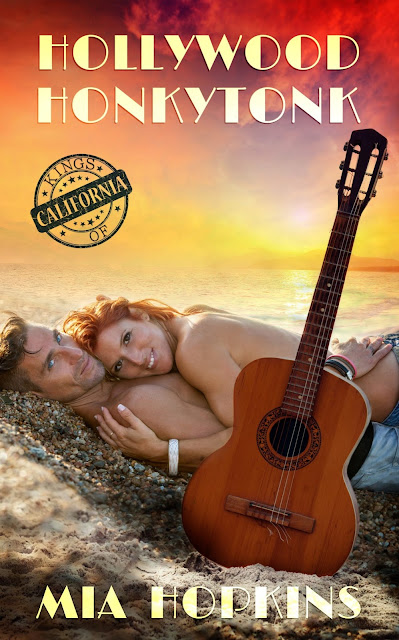 With nothing but her dog, her guitar, and her cowboy boots, songwriter Riley Marion arrives in Los Angeles on the run from her abusive ex. A quiet job teaching music sounds perfect, but her low-key lifestyle is threatened when she reunites with a sexy old flame—now an up-and-coming celebrity who’s constantly dogged by paparazzi.Charming and driven, Jack Lamont is a Hollywood actor on the rise to stardom. Ready to outgrow his playboy reputation, he’s happy to leave the hard partying to his entourage. Romantic entanglements? Jack’s not interested. At least, not until he gets tangled up with the one who got away—a smoking-hot woman whose memory has haunted him for the last ten years.
*AUTHOR’S NOTE* While this book is a part of a series, it can be read completely as a STANDALONE.
Amazon: Paperback: B&N: Kobo:
Google Play: The Wild Rose Press:


Excerpt
“So, do you feel lucky?” she asked.
“Always.”
“How about tonight?”
Was she flirting with him? Or making fun of him? Or both?
“I always feel lucky,” he said again. “Tonight’s no different.”
The breeze kicked up again. Jack caught her scent—herbal shampoo, almond lotion, and sun-warmed skin. He had never smelled anything so wholesome and appealing his whole life, and his body responded, stirring, tightening, hardening.
He shifted his weight on the lounger, trying to get some control of himself while simultaneously trying to breathe in the essence of her, his high school crush, this glorious, ghostly woman come back to haunt him again.
God, I want to be haunted by you again.
He leaned forward a millimeter, testing the waters. She latched her dark eyes on him and parted her pillowy lips in invitation.
Gently, so as not to spook her, he reached up, traced his fingertips across her cheekbone, and cupped her cheek in his hand. She shivered, staring at him as if he’d cast a spell on her. He leaned down farther and looked at her lips. With the pad of his thumb, he touched the tiny divot at the center of her cupid’s bow, stroking it gently back and forth. He had never touched anything so velvety soft in his entire life.
Desire, lust, and adrenaline coursed through him all at once. His heart kicked like a racehorse against its gates.
The words came out on their own, soft and ragged. “Can I kiss you?” 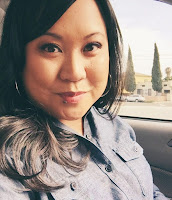 Mia Hopkins writes lush romances starring fun, sexy characters who love to get down and dirty. She’s a sucker for working class heroes, brainy heroines and wisecracking best friends. When she’s not lost in a story, Mia spends her time cooking, gardening, traveling, volunteering and looking for her keys. In a past life, she was a classroom teacher and still has a pretty good “teacher voice” and “teacher stare.” She lives in the heart of Los Angeles with her roguish husband and two waggish dogs.
Website | Facebook | Twitter | Pinterest | Instagram |
Goodreads | Newsletter | Amazon Author Profile

CHECK OUT THE FIRST BOOK IN THE SCORCHING HOT

Sex, drugs, and spicy tuna rolls? Resilient and disciplined, tsunami survivor Eve Ono moves to California from Japan looking for a position as a sushi chef. When she’s suddenly fired from her restaurant job, desperation drives her to find work on a fishing boat despite her fears of the ocean. To make matters worse, she’s stuck in close quarters with her new captain—a man whose raw physicality drives her out of her mind with lust.
Free-spirited and roguish, Sam Lamont is a commercial fisherman aboard his own dive boat, the Bravado. When he makes a bad deal with a deadly loan shark who threatens to take his boat, Sam is in danger of losing both his business and his way of life. On top of that, he’s got to train his new deckhand—a beautiful hard-ass who just so happens to be sexy as hell.
A female sushi chef with mad knife skills. A deep-sea diver who’s pissed off a Mexican drug cartel. Together, they’re in trouble, and the only way out is down.

*AUTHOR’S NOTE* While this book is a part of a series, it can be read completely as a STANDALONE.