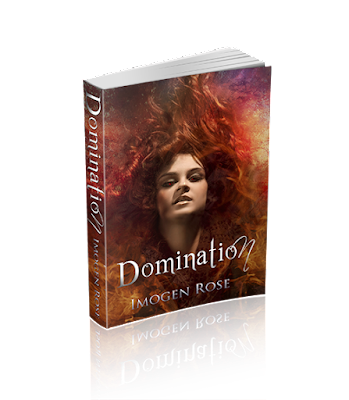 Years of hard work preceded her entry to the Oval Office. She attended the right prep schools and right colleges. She made sure to make all the right contacts, ingratiating herself into the right circles. But all those rights hadn’t been enough.
In the end, she’d needed her mother.
And now it was time to repay that debt.

There are no roads, tunnels, or bridges linking Earth to Beyond. Ships, airplanes, or rockets can’t transport us there. The only passage is through the Emerald Portal, the gateway between our two worlds. And the only one who can grant access to the portal is the queen of Beyond—my boyfriend’s mom.
My name is Cordelia Hammer and I’m a demon. Not the human, teen variety, but an actual supernatural. My father is the demon sovereign of Paris. Each city has its own council made up of royal representatives who oversee the supernatural activity of their kind within their jurisdiction. Currently, I’m apprenticing for King Sebastian, the demon sovereign of London.
As I wondered what Jagger was talking about, digesting his words — Mother insists that the new fae princess must be born at the palace — a green mist appeared in the corner of the bedroom of the Seattle hotel suite where Jagger and I were staying.
“I suggest we both throw on some clothes,” Jagger muttered, picking up his black jeans from the floor. “It would be unfortunate to appear in front of my mother in our birthday suits.”
“Huh?”
“Hurry up, Cordelia. We only have a few minutes before we get sucked into that portal.”
“Is that the Emerald Portal?” I looked at it in awe as the mist morphed into a tunnel. I took a step toward it to peek inside.
“No!” Jagger pulled me back. “Get dressed, please.”
“Into what?” I had no idea what the weather was like in Beyond or whether an audience with the queen of Beyond required formal attire. Jagger had thrown on his favorite black jeans and white T-shirt, his black motorcycle jacket in hand.
“Anything,” he said. “Something comfortable. And make sure it’s very warm as it’s always cold in Beyond—freezing, in fact. I’ll call GRIP in the meantime to let them know that I won’t be in today.”
GRIP—the Global Retrieval and Intelligence Program—that’s where Jagger worked. GRIP had been founded following the attacks on the international supernatural communities during Code Uprising to monitor and curtail any subversive activity. It had become the authoritative supernatural agency regulating the global communities. Well, except for the subterranean troll population who seemed to be completely unregulated. Jagger was part of the GRIP Tactical Combat Force. I was pretty sure that they wouldn’t be happy with him taking a day off right in the middle of the most critical time in modern supernatural history, with a noncompliant supernatural moving into the White House. Plus, just days ago, we’d captured Katerina Miller—the monster responsible for the last spate of global massacres—and were waiting to question her. 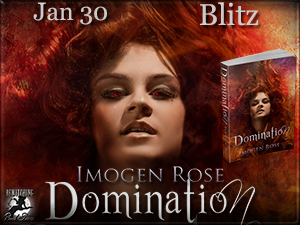 Imogen Rose is the author of the bestselling series, the Portal Chronicles, which has attained cult status within indie literature and become a favorite among teens and

adults alike.
An immunologist by profession, Dr. Rose published her first work of fiction in 2010. She now writes full time and is currently working on her second teen series, the Bonfire Chronicles.
Imogen was born in Sweden and has lived in several places, counting London among her favorites. She moved to New Jersey in 2001. A self-confessed Hermès addict, Imogen enjoys shopping, traveling, watching movies, and hanging out with her family, friends, and Chihuahua.

Have not read anything by this author in the past but after reading the reviews have added her to my list of authors to check out further.