Review For THE BLACK LILY By Juliette Cross-5* 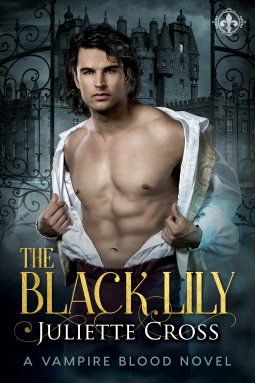 
Cinderella like you’ve never seen before…
With the threat of the vampire monarchy becoming stronger every day, the Black Lily must take drastic measures. As the leader of the underground resistance, Arabelle concocts the perfect idea to gain the attention of the Glass Tower. Her plan? Attend the vampire prince’s blood ball and kill him. Fortunately for Prince Marius, her assassination goes awry, and Arabelle flees, leaving behind only her dagger.


Marius is desperate to find the woman whose kiss turned into attempted murder, hunting for the mysterious assassin he can’t push out of his mind. But what he uncovers could change the course of his life forever…

This is a Cinderella retelling complete with a ball, wicked stepmother and stepsisters. One of the things I enjoyed most was the non stop action in this story. Combine that with the marvelous world building of Cross, a new species of vampires and you've got the recipe for a killer series. This is one of the better vampire romances on the market and though it's told from dual POVs, it was a marvelous read. 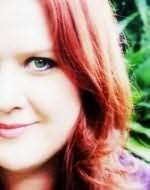 Juliette calls lush, moss-laden Louisiana home where the landscape curls into her imagination, creating mystical settings for her stories. She has a B.A. in creative writing from Louisiana State University, a M.Ed. in gifted education, and was privileged to study under the award-winning author Ernest J. Gaines in grad school. Her love of mythology, legends, and art serve as constant inspiration for her works. From the moment she read JANE EYRE as a teenager, she fell in love with the Gothic romance--brooding characters, mysterious settings, persevering heroines, and dark, sexy heroes. Even then, she not only longed to read more novels set in Gothic worlds, she wanted to create her own.
Posted by Lisa Richards/alterlisa at 9:22 PM