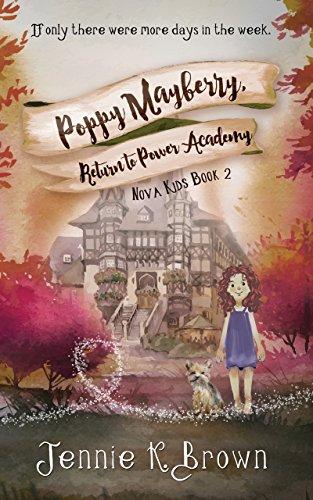 Finding out you were wrong about something important can be a let down. But Poppy is pleased to learn she's not just a Monday. She's a Cusper, a weekday lucky enough to have TWO powers. Poppy's elation is short-lived when she, Ellie, Logan, and Sam return to Power Academy as camp counselors, only to find themselves out of their element and struggling with the new drama teacher and his disaster of a school musical. When some campers go missing, Poppy and her team of weekdays are on the case. Soon, Poppy begins to realize that much like her powers, the seemingly-perfect town of Nova has some flaws, and the origin of her powers is as questionable as Headmistress Clothes-too-tight Larriby's choice in outfits.If only there were more days in the week!
EXCERPT


Now, that same creeper guy from Novalicious was here at Power Academy. I glanced at Clothes-too-tight Larriby just in time to see a scowl form on her face. Whoever this man was, she was not happy to see him. The mysterious man walked straight up to the stage and leaned in close to Larriby. Her face contorted into an even bigger frown as he whispered in her ear.
“Come on,” Logan said, glancing in my direction. “Use your Thursday skills, Poppy. Larriby looks mad.”
I concentrated really hard on Headmistress Larriby. I wanted to see what she was thinking of this guy’s comments. Typically when I did this, a few words flew through my head here and there and it was easy to get the gist of somebody’s thoughts. But right now, I got nothing but static.
“Well?”
“Nothing,” I said with a frown. “Too many other weekday thoughts flying around. It’s distracting.”
The strange man drew back from Larriby and then proceeded to walk back up the aisle in our direction. As he reached the row where I sat, his eyes caught mine just like they did at Novalicious.
“I wish he’d just go away,” I whispered to Logan.


By the grimace on Headmistress Larriby’s face, she didn’t want him here, either.
OTHER BOOKS IN THE SERIES 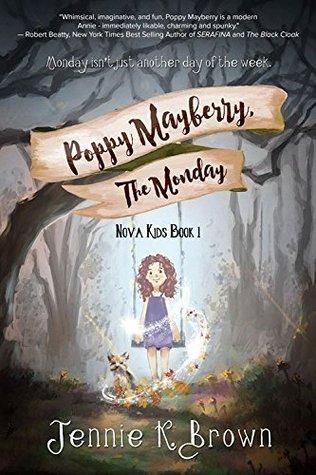 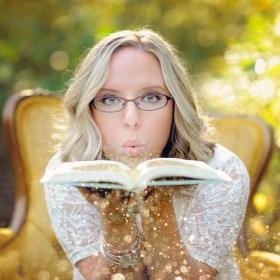 Jennie K. Brown is a high school English teacher by day, freelance magazine writer by night, and middlegrade/young adult author by late-night and weekend. When she isn’t teaching or writing, Jennie can be found reading a good book, traveling, or spending time with her awesome husband, amazing son and super-spoiled yorkie.In 2010, the National Council of Teachers of English (NCTE) named Jennie the Pennsylvania English teacher of excellence, and she currently serves as President of the Pennsylvania Council for Teachers of English and Language Arts (PCTELA). She is also an active member of SCBWI, NCTE and ALAN.