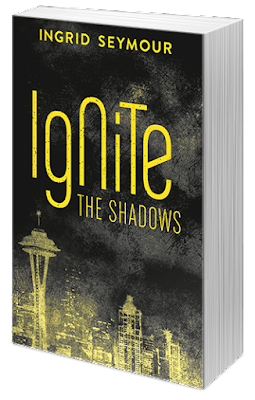 Sixteen-year-old Marci Guerrero is one of the best teen hackers in Seattle. However, she’d give up all her talents to know she isn’t crazy.
Marci feels possessed by what she perceives as shadowy spectres that take control of her body and make her do crazy things. While spying on the clandestine group known as IgNiTe, she’s confronted by the leader, James McCray. His presence stirs the spectres inside her brain into a maddening frenzy. Her symptoms and ability to control them don’t go unnoticed by James, who soon recruits her and shows her the awful truth.
Half of the world’s population is infected by sentient parasites. They bind themselves to the human brain and replace the pathways for all thoughts and actions. The creatures then morph their hosts into grotesque monsters with extraordinary strengths. Winged, clawed, fanged half-humans become living nightmares. Now Marci wishes she was crazy, because the truth is worse.
She’s infected.

This book had everything I love in a good read: Sci-fi, kick-ass heroine, a little romance, and it was in general a fun read though it definitely had it's darker side. I had a bit of trouble getting into it as I was reading a PDF copy on my computer (not the way to really enjoy a story). I'm definitely getting a print copy to reread before reading the second book which is being released in August 2016.
I loved the fast paced action of the book and probably would have consumed it in one sitting had I been reading it on my Kindle. Sometimes I'd find myself rolling my eyes at the decisions Maci made, especially her reasoning behind them but I've come to realize that if I'm going to read YA fiction, I'm going to have to ignore some of my frustration and just go with the story. 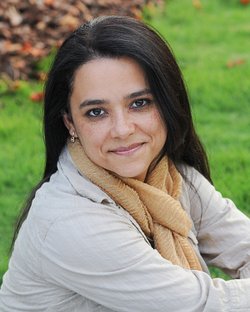 Ingrid Seymour loves, loves, loves to write. She's a young and new adult author. She writes in a variety of genres including romance, urban fantasy, paranormal and horror. She loves pizza and sushi, Sunkist and gum. She believes in vampires, witches, but not zombies (uh-uh, never!) She writes to loud music, daydreams constantly and spends too much time in twitter!! Find her there? ;) Ingrid has incredible fun doing what she does, but more than anything she enjoys hearing from her readers. It's a dream come true.
a Rafflecopter giveaway

Posted by Lisa Richards/alterlisa at 8:04 AM