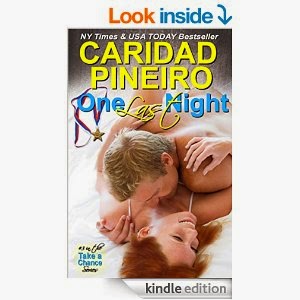 There was only one thing he wanted to do before going back to war . . .It’s been over a year since Marine Lieutenant Trevor Mason and his father have spoken. After nearly losing his life during a Taliban attack in Afghanistan, Trevor wants to end the rift between them so he can return to active duty with some peace of mind. But a visit to his father’s office only serves to show Trevor that his father isn’t as eager to reunite. If not for the intervention of Samuel Mason’s spunky and very sexy intern, Trevor would probably be returning to Afghanistan with his one wish unfulfilled.
She doesn’t know what to make of the hard edged soldier that replaced the smiling teen she once knew . . .Trevor Mason had used to do all kinds of things to Maggie Sullivan’s insides when she worked at the country club his family used to attend. Five years later, there is little left of the teen she knew in the stoic Marine who only wants some time with his father. When Trevor’s father backs out of his son’s dinner invitation at the last minute, Maggie does the only thing she can: she goes to Trevor’s apartment to deliver the news, but she can’t leave him alone on his one last night before returning to duty.
An act of compassion leads to unexpected pleasure . . .Thrown together, Trevor and Maggie can’t ignore the sexual heat between them. As they satisfy one set of needs, another slowly develops as passion breathes life into other emotions. Will Trevor and Maggie’s one last night together possibly lead to many other nights in the future?

Buy a Kindle copy of One Last Chance from Amazon by clicking here. – ONLY .99 Cents!
Books in the Take a Chance series in the order they should be read:
Just One Night
One Special Night
One Last Chance
CONTEST INFO: Open to readers worldwide.
Prize: A $25.00 Amazon Gift Card
Entry-Form
Posted by Lisa Richards/alterlisa at 10:44 PM