It's release day for UNETHICAL! 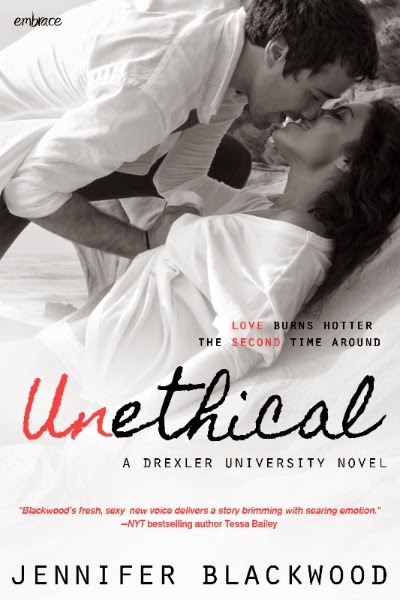 It's the release day of  UNETHICAL an NA Contemporary Romance debut !
For a limited time, it's 99 cents!
Love burns hotter the second time around…
Two years ago, the medical world was shaken by scandal, and Payton Daniels's family was at the center of it. The second she graduated, Payton left everything behind―her high school sweetheart, her family, and the controversy surrounding her mother's death—and hid within the anonymity of college. But Payton’s ex, Blake Hiller, hasn't forgiven her for leaving, and when he enrolls in the same medical ethics class, she panics. She can’t run the risk of him telling everyone who she really is.

As if being at the same university isn’t enough, both Blake and Payton land the same internship. Forced together, their passion for each other reignites, but when Payton is asked to testify in her father’s high-profile trial, she must choose between risking her acceptance into medical school to help her father, and losing every connection to her past—including the only guy she’s ever loved.
Buy it: Amazon Barnes & Noble             Kobo  iTunes
Posted by Lisa Richards/alterlisa at 4:20 PM