For the month of August Fire Quill Publishing is launching their campaign for upcoming novel Just off the Path, written by Weston Sullivan.


This fairy-tale retelling of the classic Grimm brother’s tale: Hansel and Gretel, will keep you on the edge of your seat. It’s dark, it’s twisted and it’s all the famous fairy characters sketched in a way that you wouldn’t see coming.


Fire Quill Publishing have taken this one a step further. It’s a deal of a lifetime and one that you surely shouldn’t miss. 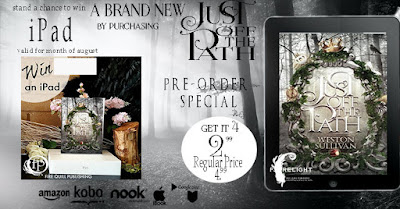 They are running a giveaway for more shares.


So all these pictures you can share via your social media and you might stand a chance to win an iPad. It’s not the first time they are doing this. They have recently give an ipad away with one of their other facebook release day parties and is doing it with future facebook parties too. So, if you like to win something other than books or giveaway cards, go have a look what they are doing and become part of their campaigns.

Share the top picture of winning a brand new ipad with your friends and family on all the social media outlets.


Follow the instruction below in gaining your extra entry but you need to go and post the screenshot in the Authors street group at https://www.facebook.com/groups/1838574233124616/ to gain extra entries.


Giveaway will be chosen in the event that will happen September 5th and 6th on facebook. So go and join in on all the fun. 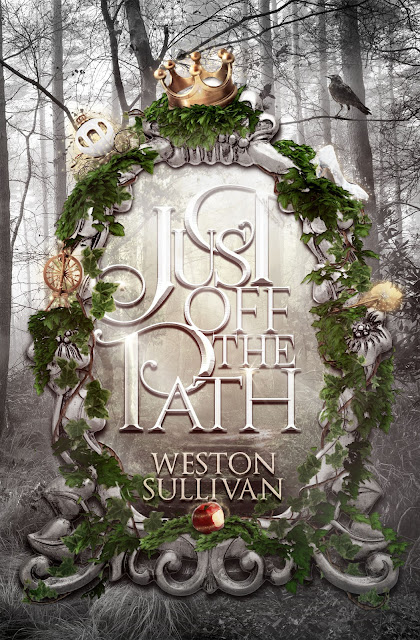 
Hansel never asked to be a hero. He never wanted to fall in love with Rapunzel, Queen of the East. He didn’t ask to be raised by Gothel the Wretch, and he certainly never wanted to be credited for her arrest. But more than any of that, Hansel never wanted to lie: but he did. He lied about everything. He thought that he was done with it all when he and his sister Gretel retreated into the woods to reclaim their land, but he should have known better.


Hansel needs to find a way to fix this, otherwise he will be responsible for Grimm’s destruction, or that is what he thinks. As Hansel isn’t the only liar in Grimm.

After graduating with a BA in Creative Writing from the University of South Florida in 2017, Weston Sullivan moved to New York City to live and write in the heart of the industry. In late 2016, he began working as an intern in the submissions department of BookFish Books. His short story, "On the Hillside", won the Anspaugh Award for Fiction in February of 2017, and his novel, JUST OFF THE PATH, is due for release in early September.


He likes to believe that he is in charge of his own destiny, but at the end of the day, he knows that he was born to serve his two beloved cats.


HOW TO ENTER FOR THE IPAD GIVEAWAY

STEP 3: Join the event that is taking place on the 5 of September for the release of JUST OFF THE PATH, where we will announce the winner of the ipad.

HOW TO GAIN MORE ENTRIES

STEP 1: Join the author’s group that is mentioned above.  There will be a post you can add all your screenshots where you shared. The more you share it with family and friends on social media the more your name will go into the hat.


We will run this till the end of the release day party on facebook. We will draw the winner of the ipad on there. There are amazing prices up for grabs, including a gift card of 300 dollars to the person sharing the event the most. You do not want to miss this one.


If anything is unclear or you have questions please do not hesitate to contact firequill publishing via facebook or through their email at Carlylel@firequillpublishing.com