She will be forced to choose…save her lover or save herself. 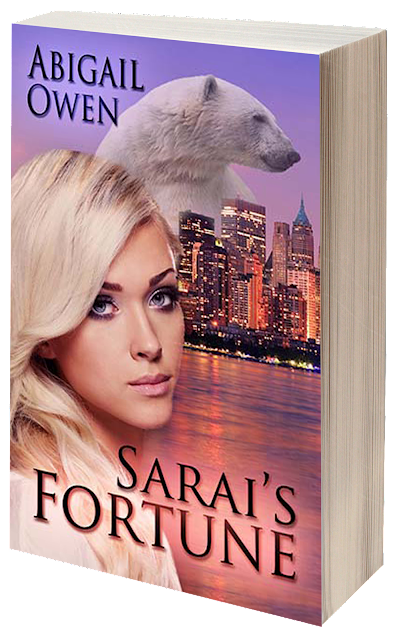 Zac Montclair’s first priority is to protect his people. With the escalating war between factions of shifters over land and resources, he has agreed to an alliance between his polar bears and the Shadowcat Nation of cougar shifters. But the treaty comes with a condition…he must accept one of their Seers into his Timik and put her under his personal protection.
Sarai Bouchard doesn’t need her supernatural gift to know that Kyle Carstairs’s obsession with controlling her ability will eventually result in her misery and demise. Her power is essential to her people’s survival, so when Kyle goes rogue, she’s sent to Zac Montclair to keep her safe. However, her visions reveal that while staying will lead to their becoming lovers, it also leads to his death. Leaving Zac will result in her own.
If Sarai can’t find a way to change the future, she will be forced to choose…save her lover or save herself.

“You don’t like being a Seer?”Sarai narrowed her eyes. Very few people realized that about her. She shifted in her seat to face him more fully. At the same time, she tried her best not to touch him, but the way he was angled, her entire right thigh was now plastered up against him. She ignored the sensations the contact was causing.“Why would you ask that?”“Your tone of voice right then. Sounds like you resent your gift.”She gave him a little half smile. “Not at all.”“I don’t believe you.”She turned back to the window, determined to stay that way this time. “I can’t help what you believe.”“If you ever want to talk about it—”“I don’t.”After a beat, he said quietly, “—I can be a good listener.”Eager to end the conversation, she said, “Wouldn’t know it by this conversation. I didn’t take you for such a talker.”Another long pause. Sarai bit her lip, feeling a little guilty. He was only trying to be kind. She just couldn’t encourage a relationship with this man. Not with the way it was destined to end.“Believe it or not, I used to talk a lot. My parents called me a chatterbox.”Suddenly, Sarai was in the middle of a rare look into the past. She didn’t get them often, but it was known to happen. She saw Zac as a little boy, nattering away to his parents, who listened with half-amused, half-exasperated smiles. He was the spitting image of his dad. Suddenly, as she watched, his father tossed his head back and laughed long and loud. A great billowing sound which made Zac and his mother laugh with him.With a blink she forced herself out of the image. She hadn’t needed that personal look into Zac’s life. She was trying to keep her distance. Zac’s parents were dead now. Killed by the same pack of wolf shifters who’d killed Andie’s mother. She knew that much about him.“Your father had a great laugh,” she murmured. With great effort, she kept her face turned away.Her words seemed to drop into a void.“How would you know that?” He sounded merely curious. “You can see the past?”Sarai gave a tiny nod. “Sometimes. Just glimpses. Memories, I think. You must’ve been thinking about them.”“He did have a great laugh,” he said after a moment. Even more softly, he murmured, “I used to laugh more. When they were alive.”Sarai jerked her head around, turning wide eyes his way, astonished he’d opened up to share something that personal. She felt a sudden, unwanted connection with the lost, lonely boy who’d had to become a man much too fast.As though he were embarrassed by his statement, Zac laid his head back against his seat and closed his eyes, settling in for a nap and effectively tuning her out.Sarai watched him for a moment, before she too pulled her gaze away. After a long time, she murmured, “Me too.” 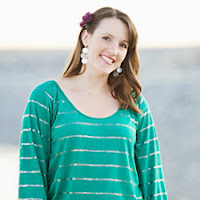 Award-winning paranormal and contemporary romance author, Abigail Owen was born in Greeley, Colorado, and raised in Austin, Texas. She now resides in Northern California with her husband and two adorable children who are the center of her universe.

Abigail grew up consuming books and exploring the world through her writing. A fourth generation graduate of Texas A&M University, she attempted to find a practical career related to her favorite pastime by earning a degree in English Rhetoric (Technical Writing). However, she swiftly discovered that writing without imagination is not nearly as fun as writing with it.

Thanks so much for hosting me Lisa!