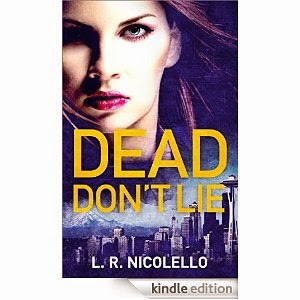 Detective Evelyn Davis delves deep into the minds of monsters for a living. She's the best psychological profiler in the Seattle P.D., with a talent that comes from heartbreaking experience. When Evelyn was just eighteen, she received word of her family's murder in the form of a horrifying video. Fifteen years later, tracking down other psychopaths is the only thing that brings her some peace.
But now two local families have been wiped out. Though the chilling crime scenes suggest murder-suicides, Evelyn believes a serial killer is at work. So does Special Agent Marcus Moretti, whose easy charm and fiercely protective instincts are breaking down all her defenses. Evelyn needs to put aside her emotional attachment to find the madman stalking her city—but with each discovery, this case becomes more personal. She's starting to suspect the killer wants her—and he is edging closer with every step, ready to make Evelyn pay a devastating price….

I’ve always been fascinated by the criminal profilers on TV, Criminal Minds being a favorite of mine. So when I read the blurb on this book, it was a no brainer that I was going to read it. It was a very fast-paced psychological thriller that hooked me from the start and did not let up until the very end. I find it hard to believe that this is the author’s first book but was excited to see that there is another book coming out in the Dead Don’t Lie series in January of 2015, Dead No More.
I read this entire book from start to finish in one sitting as I just couldn’t bear to stop. It keeps you on the edge of your seat and I often found myself clutching my Kindle so tight my fingers cramped. It reminded me of driving on ice. I hold on to the steering wheel so tight and feel like I don’t blink as I’m afraid I’ll miss something that could be life threatening. Needless to say, I’d much rather read a thriller than drive on ice any day. 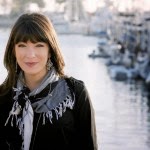 L. R. Nicolello has been obsessed with all things suspense and justice related for as long she can remember. When other girls her age were watching the latest chick flick, she was watching Top Gun, dreaming of flying fast. Growing up, if a fighter jet flew over while she was driving, her sister would pray they wouldn’t crash—still happens, actually. She thinks a man in uniform is swoon-worthy and her husband likes to tease her about it, especially whenever they are near a military base. Growing up, her parents instilled in her and her sister that women can be strong without losing their femininity, and she takes that to heart with every character that comes to life.

She lives in blue-sky Texas with her husband and their ninety-pound “dog child”, but travels—a lot. When she’s not writing, she watches and re-watches her favorite television shows, exercises or reads anything she can get her hands on.
Dead Don't Lie

Posted by Lisa Richards/alterlisa at 12:24 AM