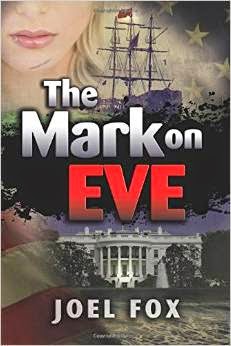 “A young woman dives in front of an assassin’s bullet and saves the life of a female presidential candidate. The young woman, Eve, miraculously survives; miraculous to witnesses, perhaps, but, quite expected by Eve.Jealousy over the love of an 18th century New England pirate caused a powerful witch to cast a spell on Eve Hale. While not aging, Eve is condemned to an endless life; cursed to remain on earth until she kisses the lips of her pirate-lover who went down with his ship in the waters off Cape Cod in 1717. Meticulously guarding her past by not residing anywhere too long or forming lasting friendships, Eve has reached present time, her secret intact.Now Eve has found purpose for her long, often unbearable existence. After watching women improve their position in society throughout American history, she is helping a woman run for President of the United States.However, her instinctive act protecting the California governor from an assassin’s bullet puts Eve where she never wanted to be – in the spotlight. After centuries of keeping her secret, her life could unravel while dooming the presidential campaign because of the efforts of a persistent reporter.”

Who would be your ideal female presidential candidate?

Being a hero might be fun, but being a villain would be out of character and challenging for me!

I think our natural resources are going to be very scarce.