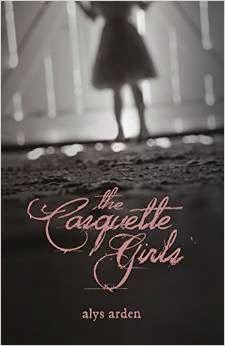 “After the Storm of the Century rips apart New Orleans, Adele Le Moyne and her father are among the first to return to the city following the mandatory evacuation. Adele wants nothing more than for life to return to normal, but with the silent city resembling a mold-infested war zone, a parish-wide curfew, and mysterious new faces lurking in the abandoned French Quarter, normal will have to be redefined.
Events too unnatural – even for New Orleans – lead Adele to an attic that has been sealed for three hundred years, and the chaos she unleashes threatens not only her life but everyone she knows. Mother Nature couldn’t drain the joie de vivre from the Big Easy, but someone or something is draining life from its residents.
Caught suddenly in a hurricane of eighteenth-century myths and monsters, Adele must quickly untangle a web of magic that links the climbing murder rate back to her own ancestors. But who can you trust in a city where everyone has a secret, and where keeping them can be a matter of life and death – unless, that is, you’re immortal.”

Buy a print copy of The Casquette Girls from Amazon by clicking here.


Buy a Kindle copy of The Casquette Girls from Amazon by clicking here.


CONTEST INFO: Open to readers worldwide except where noted.


Prize 1: A Kindle – (USA Only the author will be shipping this directly to the winner)

Posted by Lisa Richards/alterlisa at 8:55 PM