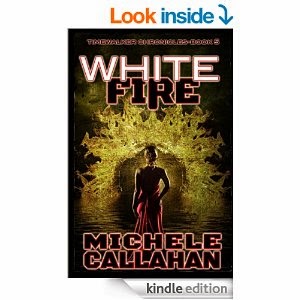 “Ajax, The Lost King of the Immortals, sacrificed everything but his memories. After the Time Crux, the loss of his beloved Queen, and a horrifying defeat at the hands of the Triscani horde in the war on Itara, Ajax’s loyal crew played a desperate gamble…to go back in time and try to change things. But they trusted the wrong man, and Ajax has spent the last 700 years locked in a prison with no key. The battle approaches at long last, yet he remains weak and tortured, a prisoner to his own dark power. He didn’t simply lose to the evil Triscani…he became one of them.
The Triscani spent centuries searching for Emma Lawson’s soul. Their evil Hunters did everything they could to destroy her family’s bloodline before she was ever born. They know who she is, so they hunt her. They know the power she yields, and they fear her. They know The Lost King will do anything to save her, and they would use his love to destroy him.
But Emma is human, not Immortal. She might be dangerously attracted to the newly freed Ajax, but her first priority is saving Earth from two warring Immortal races. Ajax believed himself in love with his Queen, but the woman he remembers no longer exists. This Timewalker will defy destiny, and she’s not going to play by anyone’s rules but her own.”