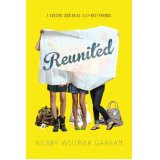 Back in middle school, Alice, Summer, and Tiernan were
inseparable. They were also the number one fans of the
rock band Level3. But when the band broke up, so did the
girls' friendship. Alice spent high school with her nose
buried in books, Summer was in the popular crowd, and
Tiernan was lucky if she made it to class. Now, just as
the girls are about to graduate, Level3 announces a
one-time-only reunion show. Even though it's 2,000 miles
away, Alice buys three tickets on impulse—
and as it turns out, Summer and Tiernan have
their own reasons for wanting to get out of town.
And thanks to Alice's graduation gift (a newly refurbished
'78 VW van affectionately known as the Pea-Pod)
they've got the perfect vehicle to get them there.
But on their cross-country drive, the girls hit more
than just a few bumps in the road.
Will their friendship get an encore or is the
show really over?

To find out more about Level3, or to
LISTEN TO THEIR MUSIC click here. 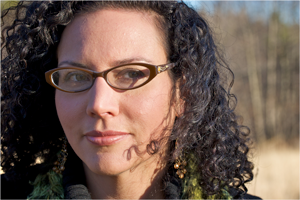 I began my career as an indie filmmaker fresh out of college (Boston University) making my debut as a writer/director at the tender age of 23 with LIFE'S TOO GOOD.My second feature, I LOVE MY MOVIE, aired on PBS in Boston in 1999 despite the colorful language and brief nudity (go public television!). Both films premiered at the Museum of Fine Arts in Boston and played in art-houses and festivals around the world, where they racked up numerous awards and good reviews*.During that time, I earned my living (you think indie films make money?) as a freelance television producer, working for shows such as THE WILD WEB (CBS/Eyemark), The Discovery Health Channel's BODY INVADERS, ACCESS HOLLYWOOD, A&E's BIOGRAPHY, and PBS's ZOOM, and WMUR's CHRONICLE which earned me an Emmy nomination. (Let the shameless self-promotion begin!)From 2004 – 2007, I took some time off from work to be a stay-at-home mom. Then, in the summer of 2007, my career took a dramatic turn when I was selected to be a contestant on the Mark Burnett/Steven Spielberg-produced reality show ON THE LOT: THE SEARCH FOR AMERICA'S NEXT GREAT DIRECTOR (which aired on FOX primetime, the summer of 2007). Out of a pool of 12,000 submissions, I made it onto the show as one of the eighteen finalists and stayed in the competition until only nine contestants remained, making me the longest-standing female director. Twice during the show, Garry Marshall (Director, PRETTY WOMAN, VALENTINE'S DAY) picked my films as his favorites of the night. But among the many memorable moments of being ON THE LOT, my personal favorite came when Carrie Fisher, (New York Times best-selling author/screenwriter/Princess Leia) watched one of my short films, looked me in the eye, and said, "I am jealous of your writing." And yes, I will probably put that on my epitaph.

Posted by Lisa Richards/alterlisa at 12:01 AM

Reunited sounds like a fantastic book. I am definitely curious to read it! Also- thanks for this cool giveaway. :)