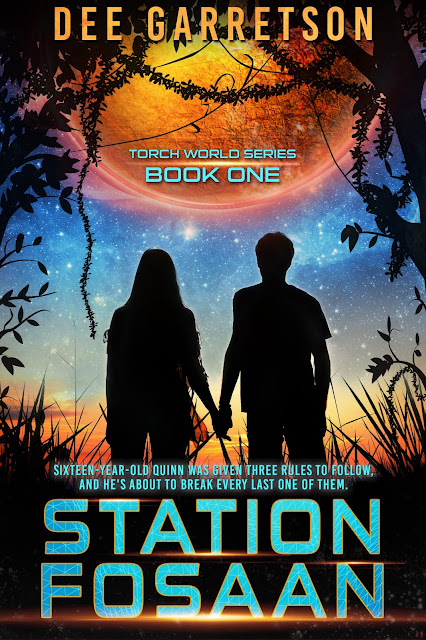 Scientists and their families stationed on the remote planet of Fosaan were promised a tropical vacation-like experience. But Fosaan, devastated from an apocalyptic event nearly three-hundred years ago, is full of lethal predators and dangerous terrain.
Earthers are forbidden to go beyond the safety zone of their settlement and must not engage the remaining reclusive Fosaanians, native to the planet. Sixteen-year-old Quinn Neen is about to do both of those things.
During an unsanctioned exploration of the planet, Quinn discovers a beautiful Fosaanian girl named Mira stealing food from his family’s living unit. But before he can convince her to show him around, scientists are taken captive, leaving Quinn and the other young Earthers at the mercy of space raiders.
Quinn must go from renegade to leader and convince Mira to become an ally in a fight against an enemy whose very existence threatens their lives and the future of Earthers stuck on Fosaan and at home.

STATION FOSAAN is THE MYSTERIOUS ISLAND
meets STAR TREK: THE WRATH OF KHAN.

World Building - Putting the puzzle together
Excerpt from STATION FOSAAN:
Mira walked up and down, “I’ve never seen anything like this before. I don’t think it was a building people lived in. The curving walls don’t make sense. What would people do in this room? And where’s the roof?”
“I guess it collapsed,” I said.
“Where? There’s no rubble.”
I hadn’t thought of that. The floor was made of some dark material in a triangular pattern. There was no broken stone on it, nothing except fallen leaves. “Maybe they used something that has decayed over time, so there’s no sign of it now.” She was right about the room though. A narrow three-sided room with curving walls that met in a sharp point was about as impractical as you could get. “Is it some sort of religious shrine?” I asked. I’d read a little about Fosaanian religion which mentioned shrines, but there were no images and I’d seen nothing that was an obvious religious building.
“No, it’s nothing like a torey.” She began to turn around very slowly, like she was memorizing each wall.
Being able to create a world has to be one of the most fun parts of writing science fiction and fantasy, though it’s also very challenging. It’s putting together a puzzle when you don’t know what it looks like until you finish. For a unique world, a writer can’t just take an existing or historical culture and rename some elements or change up a few aspects.  The world has to be built bit by bit.
I had to think about two different worlds in this book. STATION FOSAAN is about a clash of cultures: those of Earthers who now control much of the galaxy, and that of the Fosaanians, who have survived a devastating apocalypse and want to remake their lives.
The Earthers were fairly easy to deal with. Their society is not so much different from our own, though it is more inclusive in some ways. The political system has changed and I did detail some of that in this book, though it plays a bigger role in the later books.
For Fosaan and the Fosaanians, I started with a list of all the elements I had to pull together: history, environment, family structure, societal structure, culture (art, music, etc.) and religion. Since Fosaanian culture went through an upheaval after the apocalypse, I put together some bits of what I thought their culture would have been before, but mostly concentrated on how the culture had changed as they struggled to survive.
One of the characters who acts as a historian describes their current culture this way:
When a civilization comes close to extinction, what emerges out of the ashes? On Fosaan, music did not, and art has turned to survival craft.
Once I realized they would be consumed with the struggle to survive, it became much easier to delve into the world building. I think that’s the key. Figure out how much or how little your characters are in control of their physical environment, their means to survive and their own futures, and build from there.

Dee Garretson writes for many different age groups, from chapter books to middle grade to young adult to adult fiction. She lives in Ohio with her family, and in true writer fashion, has cat companions who oversee her daily word count. When she’s not writing, she loves to travel, watch old movies, and attempt various kinds of drawing, painting and other artistic pursuits.
Website | Facebook | Twitter | Instagram | Goodreads


Giveaway Details:
(1) winner will receive a Perfectly Posh, Posh To Meet You Set ($20 value), US Only. 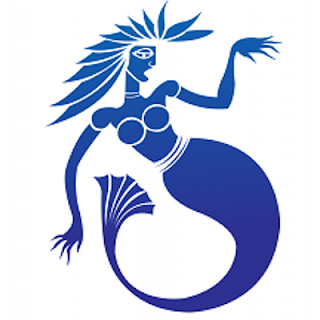 Posted by Lisa Richards/alterlisa at 5:15 AM